EDITORS NOTE: As you will read below, Ted has an impressive resume.  More importantly though, as it relates to WWER, it is an indisputable fact that Colonial Beach would not have gotten its own radio station had it not been for Ted.  After discovering the opportunity to take over a functioning FM station in March of 2019, Ted identified the right non-profit home for WWER and convinced them that it was a worthy cause (thank you CB Foundation), worked the license transfer process with the FCC, built a network of passionate volunteers including several others with deep radio industry experience, and started some real “buzz” in the area for the station’s launch.

In his own words…

I had the good fortune to attend a high school that had its own FM radio station, WKWZ.  That station (in Syosset, NY) was only ten watts, but it was on the air.  I got involved with the station and was introduced to broadcasting at age 15.  I was hooked and I’ve been in radio ever since.

Following my high school days at WKWZ, I worked at a variety of stations as an employee or intern.  The work usually involved the technical side of broadcasting, but also included on air work, production, writing, and news.

In college, I worked for the campus radio station.  I spent my college summers doing engineering work and on air shifts for several stations in the Altoona, PA market.  For several of those summers I was playing Top 40 hits, six nights a week.  My college experience also included a semester of working for the FCC in Washington, DC.  Following graduation I took an engineering position at WWDC/DC101.  That job brought me to back to Washington and I’ve been in the DC area ever since.

After 7 years with WWDC, I moved into network radio — first working for what is now NBC/Mutual, and ultimately landing at the BBC.  I have been with BBC News for the last 26 years.  In my current role, I oversee the technical aspects of our bureaus in the Western Hemisphere, including Sao Paolo, Mexico City, Miami, Boston, LA, NY, and of course DC.

I’ve been coming to Colonial Beach by boat for decades, and eventually bought a home hear about 10 years ago. 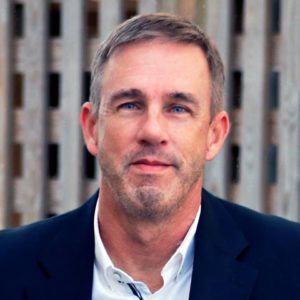 Tom is coordinating a program lineup with the goal of having something for everyone.

Dave has worked in radio in the past and is currently a working musician.  He has great knowledge of early Jazz and ragtime. 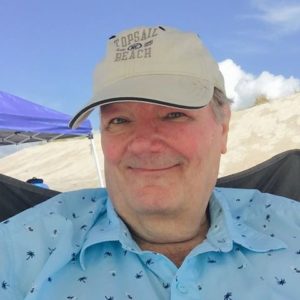 Sadly, Charlie died on Friday September 4, 2020.  WWER would not sound as good as it does without all of the work he did.  We leave this bio of him on our site to honor him.